You are here: Home / Columns / Dispatches from London: Getting Past the First Wave of Culture Shock in London 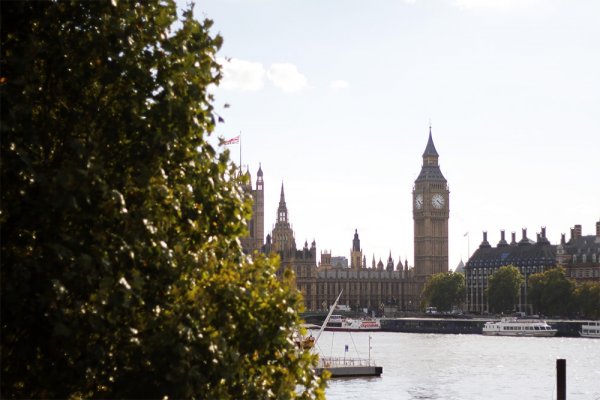 I know I’ve finally settled into London because I’ve caught my first cold. Yes, after being here almost a month now, my body has seemingly lowered its defenses and allowed me to get sick. I figured it would happen once I finally let myself get settled in and used to my surroundings. Believe it or not, even though I’ve spent a substantial amount of time in England already, as well as traveled all over Europe, I still got culture shock. It wasn’t a culture shock that was as intense as when I came here the first time. But nonetheless, I definitely had the honeymoon stage upon arrival, then all the frustration and annoyances whilst trying to get settled in, and am now starting to adapt to a new way of life and fully enjoy the nuances and uniqueness of London.

London is very different from the rest of England. I know this quite well. Central London is different from Outer London. Outer London is still different from each county surrounding it. England, the rest of Great Britain and the United Kingdom all have different aspects to them that make them unique. In my previous time in England, I got to experience that smaller town, true English atmosphere. London is a different story. I am figuring out that this city is a place that I will learn to love and hate at the same time. My culture shock may be starting to even out, but every day is a new lesson in how this city works. I am trying to understand what it is about London that makes it so special.

The other night, I was heading home from an evening event and from behind me I heard an eerie, gravely chuckle from a seemingly homeless gentleman. This cemented in my mind that I should probably get on the bus at the nearest stop. I saw the number 11 pulling up, and I recalled that being the line that would take me home, far away from this creepy man. Rummaging through my bag, like a madman to find my Oyster card, I jumped from the curb, onto the bus, and into safety. Upon holding my card up to the reader and seeing that little green light turn on, I felt so much relief. I trudged up the stairs, as the bus started to pull into traffic, and I stumbled back a bit. I wrapped my fingers tightly around the yellow bars and hoisted myself back to balance. I then found that my favorite spot at the front was free, so I melted into the seat.

London is a strange city in the dark. During the day, you can see every imperfection on every street corner and each chip out of a building. But at night, the darkness takes away a lot of sight, and suddenly, it becomes this city of illusions and lights. In this enchanting setting, I forgot all about the scary guy from before and turned all my thoughts towards this journey ahead of me. From up above, moving fast through the streets, I was seeing a darkened version of this city; and it was beautiful. I ignored my dirty surrounding of the bus, because it doesn’t matter; I was on top of the world in these 30 minutes.

With a slight glazing of my eyes, I got a blurred vision of the lights and figures we passed. Couples held hands as they walked down an alleyway. An upscale Chinese restaurant was packed with families eating a late supper. There were continuous, short glimpses of the London Eye, all lit up for the tourists brave enough to venture out at night. A few bumps in the road caused my eyes to shift back into focus, but that was not enough to distract me from this interesting world passing me by. I could not see the cracks in the pavements or how filthy the building windows were. I could only see this thriving place that refuses to accept the darkness as a hindrance. This city keeps living, even in the night.

The bus pulled to a halt. It wasn’t my stop, but we stayed there for at least a minute. The little green man appeared to show pedestrians that it was alright to walk across, and I saw them below moving. I wanted to know about these people’s lives. Why were they out this late? There was a handsome fellow in a suit who walked with confidence, a teenage girl, with a cigarette, looked like she was trying too hard to be cool, and there was an elderly couple who walked so slow, that I wondered if they’d make it in time before the cars go again. All of these people are in London for a reason, and looking down at them, from the top of this red, double-decker bus gave me a higher, thoughtful perspective of all of them.

Through many more roads and stops, I finally arrived near my home, and it was time to depart. I was hesitant to get off, mostly to see where I could end up if I stayed on and rode to no particular destination, but common sense called, and told me it was time to walk down the stairs and say good night to my evening lark through the streets of London. I promised myself in that moment that I would try to take the bus over the Tube more often now. I feel, from my experiences seeing London in this way, that a view of life up above is better than that below the surface. I am continuing my quest to explore this city in new and exciting ways. and hope my readers are patient with me, as I settle in more to my new home and can finally tell some tales of London.