You are here: Home / Christmas / The Fiver – Five London Books as Christmas Gifts 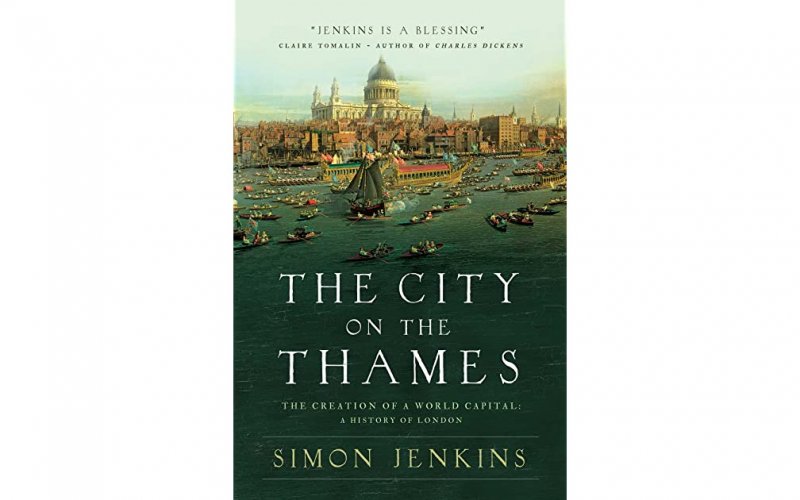 Around this time of year, the question arises of what to get your family members for the holidays.  While books can seem about as sexy a gift as socks, they can be enticing to the bibliophiles in your life.  In fact, if you know someone planning to take a vacation trip to London, they can help inform their trip and give them new things to do or a better understanding of what they’re going to see. We’ve identified five different books published in the last two years about London that you might want to consider for your friends and family this holiday season.  You can add any suggestions you like in our comments section.

The City on the Thames: The Creation of a World Capital by Simon Jenkins

For any London fan, the best place to start is a book about the city’s history.  As the former editor of the London Times, author Simon Jenkins certainly knows a thing or two about the city and chronicles how the city rose to prominence from its beginnings as a Roman settlement.  Jenkins also puts his own color into the book, adding humor as well as his own opinions (including referring to the city’s skyscrapers as “slabs”).  Jenkins also adds maps and photographs to aid your historical journey through the streets.

This London travel guide is a must for anyone who hasn’t been to the city before, so definitely one to consider for your friends and relatives traveling to London for the first time.  The book will not only help you find things to do by pointing out essential attractions to visit, but it also covers where to eat, London night life, and some unusual things to do to make your trip more interesting than the standard tourist holiday.  As the name would suggest, it’s a good guidebook for the first trip to London, and we have another on this list for the more experienced tourist.

Whether you know someone who’s into the Times crossword or a kid who loves a good brainteaser, the Tower of London Puzzlebook is a great gift for all ages.  Puzzles found inside range from decoding messages to logic games that all relate back to the castle that has been part of the city for nearly 1,000 years.  The book is due to be released on November 23, so it should be available by the time you read this (or at least for preorder), and the author has several other puzzle books once you’re done that cover the history of real secret agents and Scotland Yard’s biggest cases.

Not for Tourists Guide to London 2021

If you’re like me, you’re less inclined to see the normal, touristy attractions when you visit a city and prefer to get lost in its streets, living like a local.  The Not for Tourists guides are just the sort of book for the experienced traveler who wants to get the most out of their trip.  The NFT Guide to London breaks everything down by neighborhoods and provides good tips on how to go spotting members of the Royal Family or getting tickets to football or cricket match.  The writers also have a fairly snarky attitude to various parts of the city and are quick to point out where you’re less likely to find a good time (and the best places to, if you know what we mean).

One Way Ticket: The Autobiography of a London Cypriot by Fotis Loizou

Since the end of World War II, London has become a city of distinct cultures from all over the world thanks to an influx of immigrants.  One Way Ticket is the personal experience of author Fotis Loizou, who immigrated to London from Cyprus in the 1960s.  It confronts the journey that every immigrant takes, not only geographically but also emotionally and culturally as they come to a new land and adapt to its culture while holding onto their own. It’s a nice reminder at Christmas of what we can imagine Mary, Joseph, and Jesus experienced traveling to Bethlehem and Egypt.