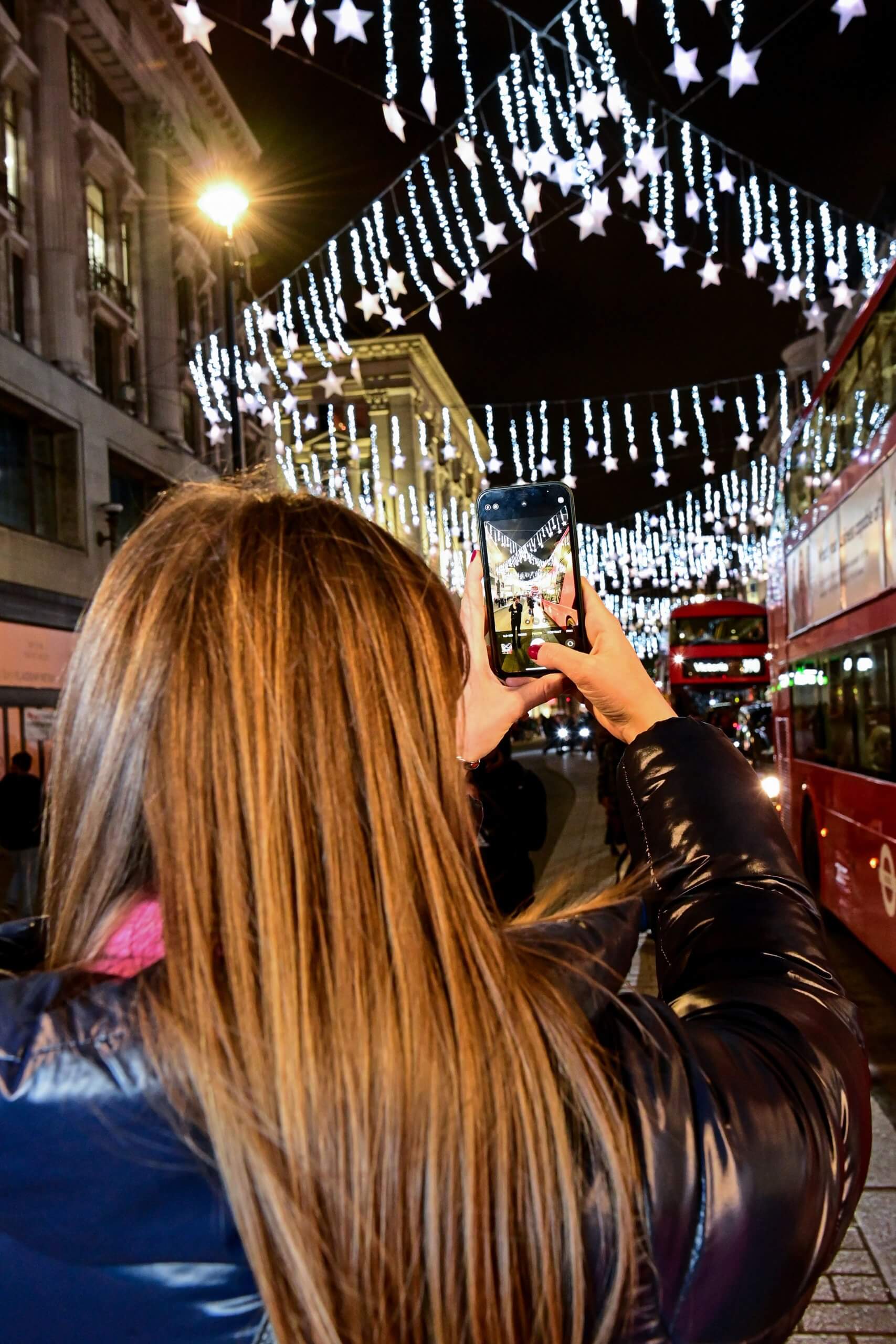 London’s annual Christmas lights display has been switched on – but will illuminate Oxford Street for reduced hours this year amid the ongoing energy crisis.

Energy consumption will be cut by two-thirds in comparison to last year, according to the New West End Company.

The festive switch-on is a big event in the capital’s calendar as the run-up to the holiday season officially begins.

The lights will be on from 3-11pm this festive season, compared to 24/7 last year.

Oxford Street’s Christmas stars are this year comprised of 300,000 LED lights made from recycled polymer, which the New West End Company said are 75% more energy efficient than standard bulbs.

The stars are recyclable and will be reused and repurposed for future Christmas lights schemes, the company added.

Ms. Kulcsar said she is “delighted to be bringing back the Christmas lights to the world-famous Oxford Street this year.”

“For many, this is the first Christmas without restrictions post-Covid and we want to take this opportunity to help people get back to celebrating the essence of Christmas together: love and giving,” she said.

“In the current climate, it is also important that we reduce our energy consumption and help to promote a more sustainable Christmas in line with our ambitions to make Oxford Street a leading sustainable district.

“The reduced hours of our Christmas lights are a great step forward to achieving this.”

Concerns over energy supplies have been mounting since Russian president Vladimir Putin’s invasion of Ukraine.

Last month, the body overseeing Britain’s electricity grid warned of possible blackouts this winter if power plants cannot get enough gas to keep running, but said it is an “unlikely” scenario.

It is the most dire of three possible scenarios the National Grid Electricity System Operator (ESO) laid out for how Britain’s electricity grid might cope with the worst global energy crisis for decades.

In the other two scenarios, the operator hopes that by paying people to charge their electric cars at off-peak times and firing up backup coal plants it can offset the risk of outages.

In August, Guildford Borough Council said it would not be holding a Christmas lights switch-on event this year because it would need an external event and crowd management service to ensure it went safely due to the anticipated size of the crowd.

In a statement, the council said: “We cannot afford or justify value for money for such an additional significant cost.”

However, it said there will still be “beautiful Christmas lights” throughout the town.