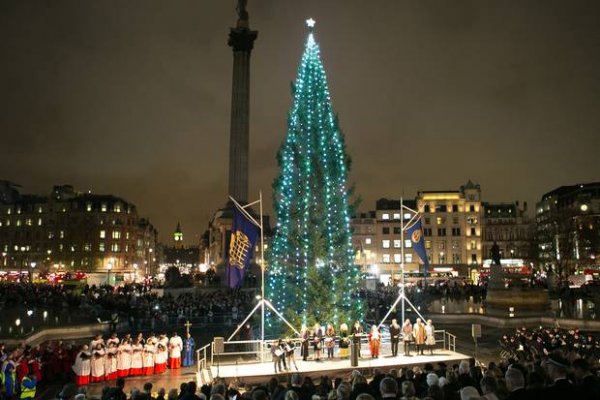 London’s Christmas tree was lit last night to great fanfare in Trafalgar Square. Did you know that the tree is a gift from Norway every year? A Norwegian Spruce has been donated to London every year since 1947 by the City of Oslo as thanks for British support to Norway during the Second World War. In keeping with its Norwegian roots (no pun intended) the tree is lit with the lights hanging down as it is done in Norway.

Here’s a neat timelapse film of the tree being put into place:

Here’s a video of the lighting itself: