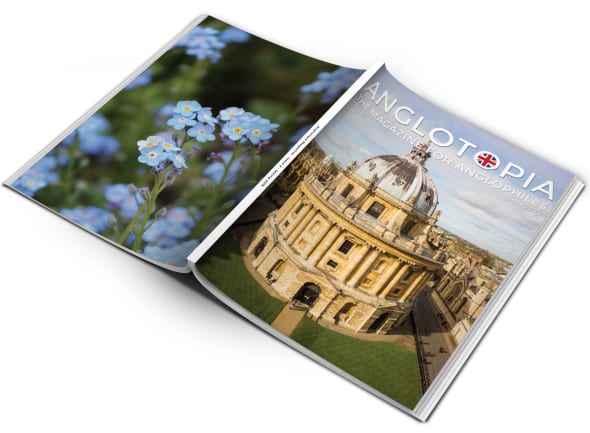 The second issue of the Anglotopia Magazine is now at the printers and the digital version is now available to buy and download (digital subscribers will get an email with details on downloading – if you don’t get this email, please contact us). Print editions will ship in about two weeks.

The response to the first issue of the magazine was overwhelmingly positive. Readers loved it and it was a joy to watch it go out in the world. The first issue was so popular, we didn’t order enough and it sold out. We’ve ordered more copies for the second issue, but we still expect to sell out.

The magazine has grown by 4 pages this time around, which has allowed us to expand the writing. This issue features over 25,000 words of articles on British travel, place and culture. As with the last issue, it’s filled with beautiful photographs and artwork beautifully printed by our printer.

Paying for the Anglotopia Magazine allows you to support Anglotopia and helps keep this site running. It allows us to continue to commission great writers who produce some great articles about Britain. Despite the new focus on the magazine, we will continue to share articles daily on Anglotopia (and occasionally something from the magazine 2-3 months after publication).

The magazine is also ad free – so you get 64 full pages of great British stuff. We plan to keep the magazine ad free for the foreseeable future. 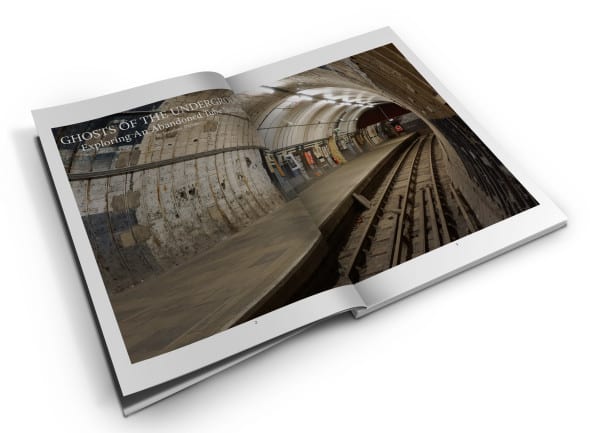 Here’s a rundown of the articles included in the new issue:

Ghosts of the Underground – An exploration of the abandoned Aldwych Tube Station that we had a chance to visit in February.
Great British Houses – St. Michael’s Mount – A look at the famous island castle in Cornwall as part of our Great British Houses series.
British Recipe – Scones – A new addition to the magazine this month, Updown Cottage owner Jane Colston shares her family recipe for delicious scones.
Then and Now – Liverpool – A look at Liverpool in the 1920’s versus now.
Song
The London Blitz – As part of our ongoing series highlighting great events in British History, this issue we explore the London Blitz.
Lost in the Pond – British Expat Laurence Brown talks about his growing desire to return to Britain.
British Things Doctor Who Explained – Iconic show Doctor Who is a window in British life and Culture, here’s a look at 10 things the show explained.
Names of Britain – Following up last issue’s focus on London, this issue we explore the various names of Britain through its history.
Poem
Canterbury Cathedral – A look at the Cathedral made famous by a certain Geoffrey Chaucer.
Anglophile 101 – Temperature and Weight
Great British Art
Great British Icons – The Routemaster Bus – A look at the history of London’s most famous bus, the Routemaster.
Brit Book Corner – Our favorite new British themed books.
The Monarchs: Henry VII – Exploring the history of Henry Tudor.
Toasting Tolkien and Lewis: Exploring Oxford – Join us as we explore beautiful Oxford England for a day.
London’s Cab Shelters – London Cab Driver David Styles tells us about the secret history of London’s Green Can Shelters.
The Slang Page – The Best British Insults.

The magazine is 64 pages (plus 4 pages for the covers) and its trim size is 8.5×11. It is perfect bound like a book. We’ve chosen high quality paper so that the magazine will feel very much like a book. It will be a keepsake that you’ll want to keep as part of your Anglophile library. The magazine is beautiful and you’re going to love it. It’s not going to be flimsy and cheap feeling like other British magazines on the market. It will look great on your coffee table or as a gift for your Anglophile friends.

There are several options to buy the magazine: