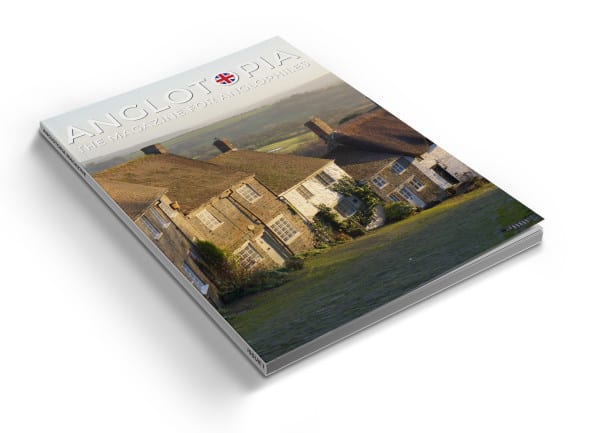 Print is not dead.

Today is a big day for Anglotopia. If you follow us on social media, you’ll know that we’ve been working on something big for almost six months. Today, we’re ready to reveal it – the official Anglotopia Magazine, a new magazine just for Anglophiles.

We’ve written in the past how we’ve had to change our business as the internet has changed. The biggest threat we’ve had to deal with is Facebook killing small publishers like us by reducing our reach to our fans. This website is ad funded and Facebook is killing that part of our business and forcing us to diversify into other areas.

So, in an effort to reduce our reliance on Facebook and the other companies that run the internet, we have decided the best way to move forward would be to introduce an Anglotopia magazine, available in print and digital formats. In the past people have asked how they can help and the best way you can continue to support Anglotopia is to become a subscriber to the magazine. 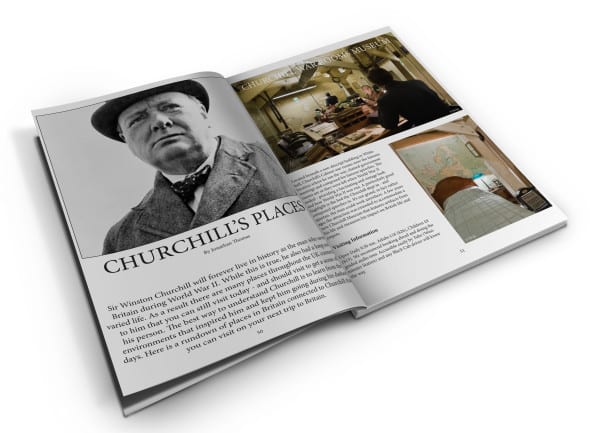 If you’ve been reading Anglotopia for a while, the magazine will be very familiar. It features 19 articles, some feature length. The magazine format will allow us to focus on more long form writing about British Travel, History and Culture.

What does this mean for the website Anglotopia.net? Nothing will change much on the website, we’ll still publish articles on the website and news as it happens. However, longer form articles that weren’t economical on the website will now be featured in the magazine first and on the website 3-6 months later. This will allow us to make sure we can continue to pay writers and license beautiful images and continue doing what we’ve been doing since 2007.

The first issue of the magazine is over 18,000 words and is jam packed with all things British.

Here’s a breakdown of the first issue:

Broadchurch Country – Join Mrs. Anglotopia and I as we go on a scenic drive along the Jurassic Coast in Dorset.
Wentworth Woodhouse – Learn about one of Britain’s most important stately homes and it’s uncertain future.
Then & Now – A unique look at Trafalgar square in 1841 versus today.
Song – Each magazine will feature a song about Britain. This month we feature Jerusalem.
The Spanish Armada – The 12 days that saved England. Here we explore this key event in British History and why it’s important.
Lost in the Pond – British expat Laurence Brown tells us about stuff that he’s learned since moving to the USA.
What’s in a Name? London – A look at the history of the city name London.
Poem – Each magazine will feature a poem about Britain. This month we feature England, my England.
Manchester Town Hall – A look at one of the most important Victorian era buildings constructed.
British Icons: Red Phone Box – Each issue will explore the history of a Great British Icon – this month the iconic Red Phone Box.
Popular British Actors – Janna Wong Healy explore 10 newly famous British actors and how they got their start.
Anglophile 101 – The British tell time and dates differently, we explain it all.
George II – A look at the life of Britain’s last Warrior King.
Top Ten Bath – A look at the top 10 things you should do in Bath if you’re visiting.
Churchill’s Places – A feature on places to visit in Britain that were important to Sir Winston Churchill.
British Art – Each Magazine will feature a classic work of British art and explain its context.
Telly Streaming – This month we explore five newer British comedies you must binge watch immediately.
Brit Book Corner – A round up of British books that are coming out in the next few months and what we think of each.
The Slang Page – Each magazine will feature an exploration of British slang on the final page. 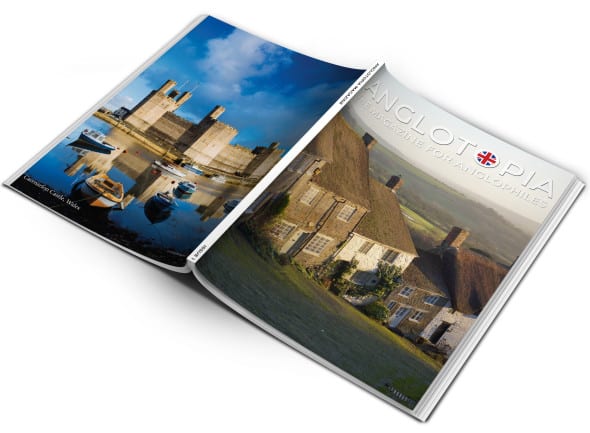 The magazine is 64 pages and its trim size is 8.5×11. It will be perfect bound. We’ve chosen high quality paper so that the magazine will feel very much like a book. It will be a keepsake that you’ll want to keep as part of your Anglophile library. The magazine is beautiful and you’re going to love it. It’s not going to be flimsy and cheap feeling like other British magazines on the market.

There are several options to buy the magazine:

This is a very exciting day for us and we hope you love the magazine. We’ve put a lot of work and planning into it and it’s going to totally change Anglotopia for the better. Don’t fret though, if you can’t afford a subscription, all the articles in the magazine will eventually appear on the website.

Happy Reading and thank you for your support!